Home/Uncategorized/Congratulations on Your Retirement Detective Daniel Brennan!
Previous Next 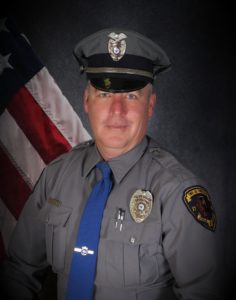 On behalf of the entire Toms River Police Department Family, we’d like to wish Detective Daniel Brennan a wonderful retirement!

Detective Brennan grew up in Toms River and graduated from Msgr Donovan High School 1985.  He received his Bachelors degree in Criminal Justice from the College of NJ in 1989.  Upon graduation, he was employed as a Class I officer for Seaside Heights, then attended the Ocean County Police Academy in August 1989 and worked for a season as a Class II officer for Seaside Heights Police Department.

In September 1989, Detective Brennan was hired as a Police officer for the Fairfax County Virginia Police Department and spent two years as a patrolman.  In October 1992, he was able to move back to New Jersey where I worked for the NJ Department of Insurance as an Insurance Fraud Investigator, and in 1998, he was offered a position with the NJ Division of Criminal Justice as an Investigator and graduated from the Division of Criminal Justice Academy located in Sea Girt NJ.

On April 1, 2000, Detective Brennan was hired by the Toms River Police Department where he worked as an Evidence Technician along with his patrol functions.  In 2016, he attended and graduated from the Ocean County Prosecutor’s Law Enforcement Advanced Detective School (L.E.A.D.S.).  Detective Brennan was assigned as the School Resource officer for Toms River High School South in 2017.  In 2019, he was promoted to Detective assigned the evening shift theft unit.

He has been married to his wife Eileen for 29 years and has two children Bridget and David.