Home/Uncategorized/76th Anniversary of D-Day
Previous Next 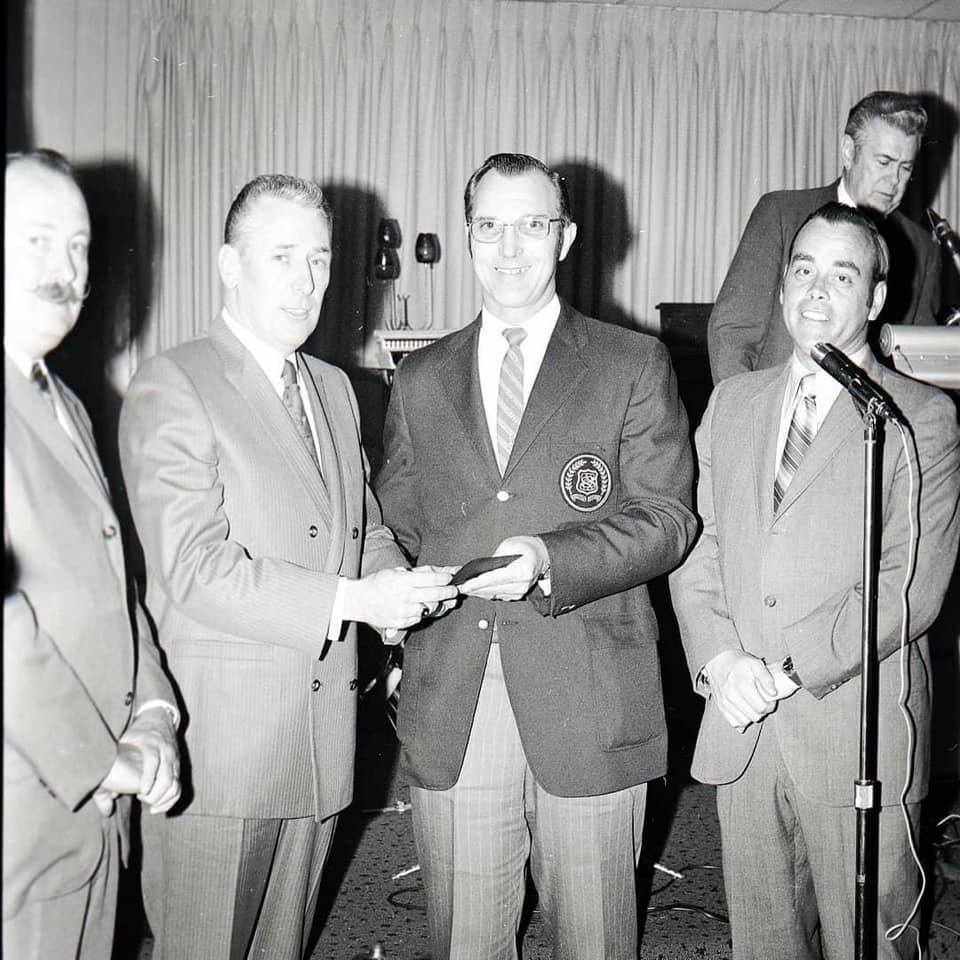 Circa 1960, members of (then) Dover Township PBA #137 awarding World War II Hero, and Toms River resident, Leonard “Bud” Lomell a “Lifetime Silver Card”. Bud Lomell was a highly decorated US Army Ranger best known for disabling all five German guns that were hidden in an orchard at Pointe de Hoc on the coast of Normandy, France. He potentially saved tens of thousands of lives and was recognized as the single individual (other than Dwight D. Eisenhower) most responsible for the success of D-Day. After World War II, Bud became an attorney in Toms River and opened his own law firm. He is a true local hero. Today we honor Bud, along with all of the courageous soldiers who were there, on this 76th anniversary of D-Day. All gave some, some gave all!