Home/Uncategorized/Congratulations on Your Retirement Captain William Morsch!
Previous Next 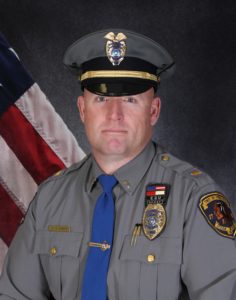 On behalf of the entire Toms River Police Department Family, we’d like to wish Captain William Morsch a wonderful retirement!

Captain William Morsch was born in Toms River and grew up in Beachwood, New Jersey. He attended Toms River Regional Schools and graduated from Toms River South in 1991. He attended Ocean County College and graduated in 1994 with an A.S. in Criminal Justice. He recently completed the Northwestern University School of Police Staff and Command, Class 445. In the summer of 1992, he began his law enforcement career as a Class I Special officer with the Seaside Heights Police Department. He worked three more summers in Seaside Heights as a Class II officer until joining the Dover Township Police Department on July 31, 1995.

Captain Morsch was assigned to the patrol division for 13 years before being promoted to Sergeant on June 10, 2008. During his 13 years in patrol he worked as a Field Training Officer, a Firearms Instructor, and Investigator with the Ocean County Narcotics Strike Force as well as an operator on the police departments Emergency Services Unit. During his time as a Sergeant he worked as an evening shift road Supervisor, Special Operations Sergeant in charge of Traffic Safety and as the Assistant Commander of ESU. On November 11, 2014 Captain Morsch was promoted to Lieutenant. As a Lieutenant, Captain Morsch was assigned as the Dayshift Commander, Special Operations Lieutenant and as Commander of ESU. He was promoted to Captain in 2019 where he was in charge of the Administration Bureau.  Captain Morsch held offices in both the PBA and FOP and is former President of FOP Lodge 156.